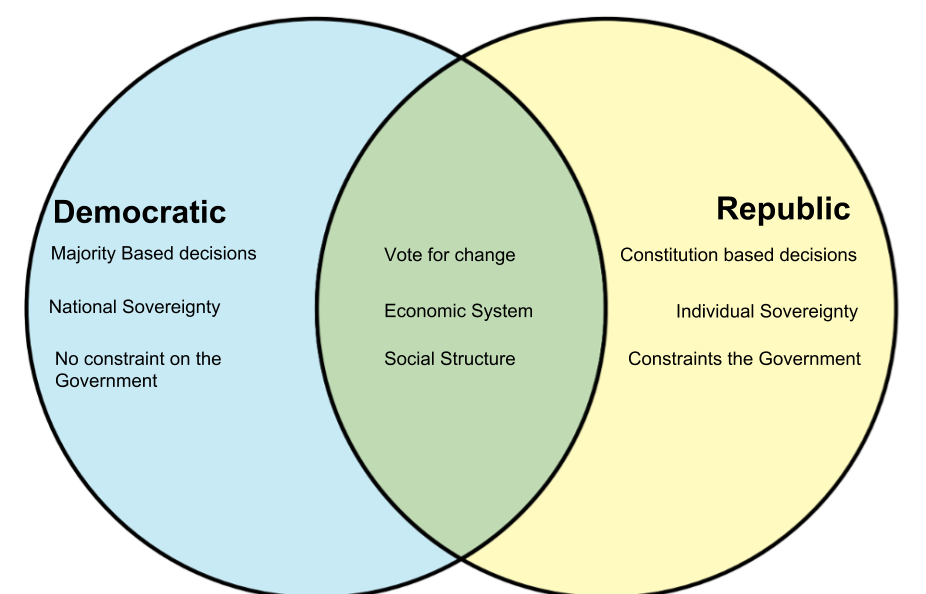 In this article, we will illustrate the differences between a democracy and republic. The main difference between a democracy and a republic is the limitations placed on governments by the law. A democracy is a government system where all eligible citizens have equal rights to participation, development and creation of laws either directly or by chosen representatives. It is a government of the people where the voice of the majority rules. A republic refers to a government with a chosen head of state that serves for a limited term. Even in a republic government, the voice of the majority rules. However, there are laws protecting the rights of the minority. It is easier to think that the two systems are mutually exclusive but they often overlap in many situations.

A republic is a form of representational democracy with some laws that check and balance the constitution to make sure the rights of the minorities are protected. The United States is a republic. It is common to hear American politicians referring to the U.S as a “democracy”. However, what they are referring to is a representational democracy which is the same as a republic.

There are many political implications that come with the U.S being a republic. Laws voted for by the majority could be challenged if they violate the U.S constitution and therefore could be overturned. Democracies are believed to be here longer than republics. It is however difficult to tell exactly where each system started. Many countries and cultures have both democratic and republican characteristics. The most well documented early democracy was found in Greece and the most well documented historical representational republic is the Roman republic. Although the word democracy is quite popular and the desire to achieve democracy is common, most countries today are republics operating under a presidential system. 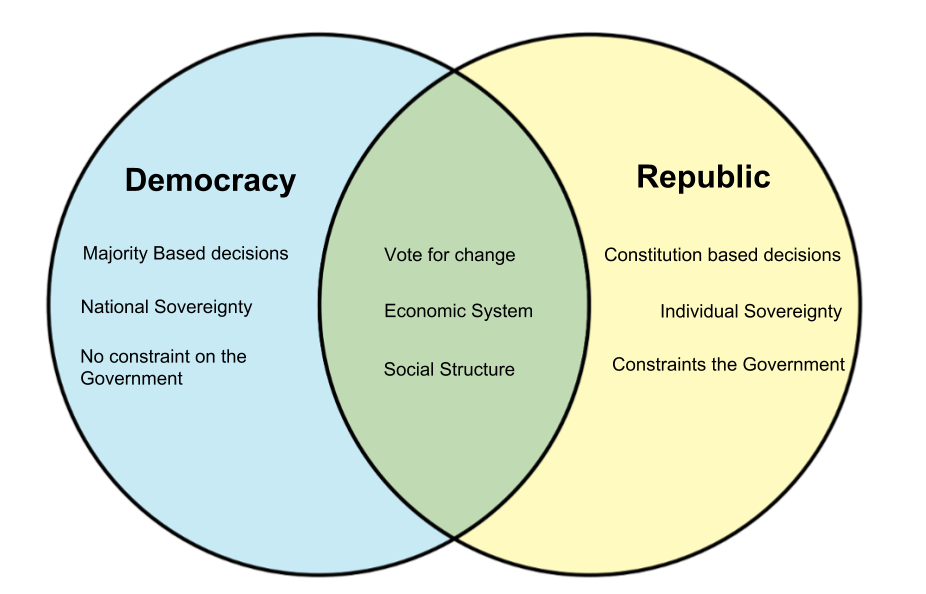 2 thoughts on “Difference Between Democracy and Republic”