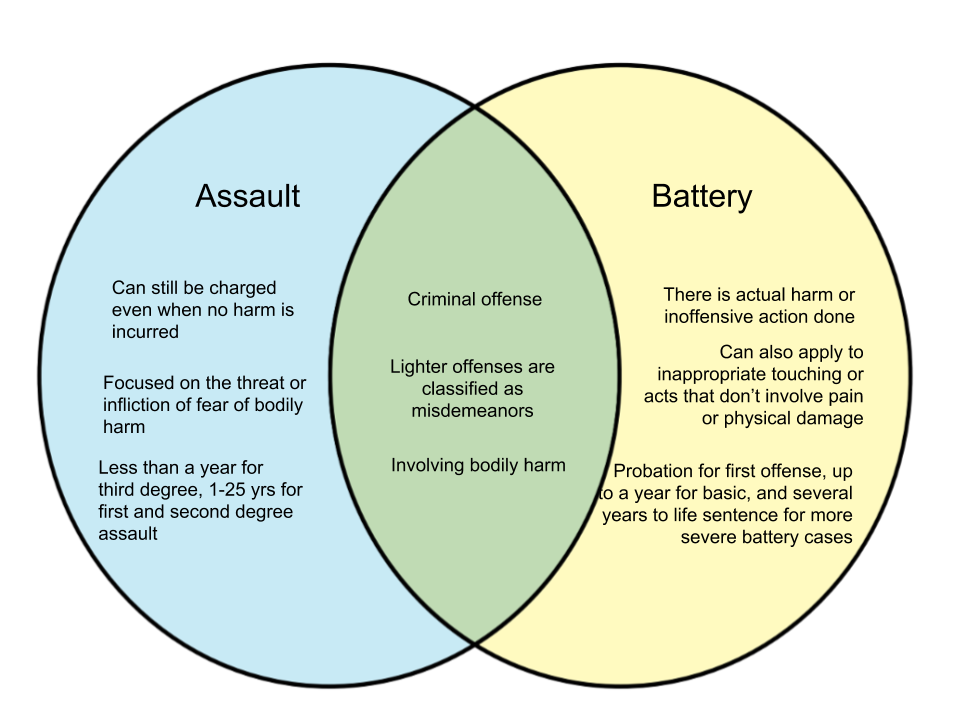 Assault and battery are both offenses punishable by law. The two offenses are commonly mistaken for each other and are often used interchangeably. In this article, we will discuss the differences between the two.

Assault, in many jurisdictions, is the threat of bodily harm towards the victim. In cases when there was no actual physical harm done but there was a threat or attempt made, then the perpetrator is still guilty of assault. The degree of the offense can vary from the first to the third, with the first being the most severe. First and second degree assaults often involve the use of a weapon. These severe assaults are considered a felony and can land the perpetrator between 1 to 25 years in prison. Third degree assault, however, is only considered a misdemeanor and will only send offenders to prison for not more than a year.

Battery is often confused with assault and is defined broadly as the act of offensively touching a person. This is not limited to physical harm. In some jurisdictions, the act of spitting on someone or inappropriately touching them can be considered battery. Battery is distinct from assault in the sense that the threat of harm or inappropriate contact is actually implemented. Basic battery is classified as a misdemeanor and can be settled in court through a fine or up to one year in jail.