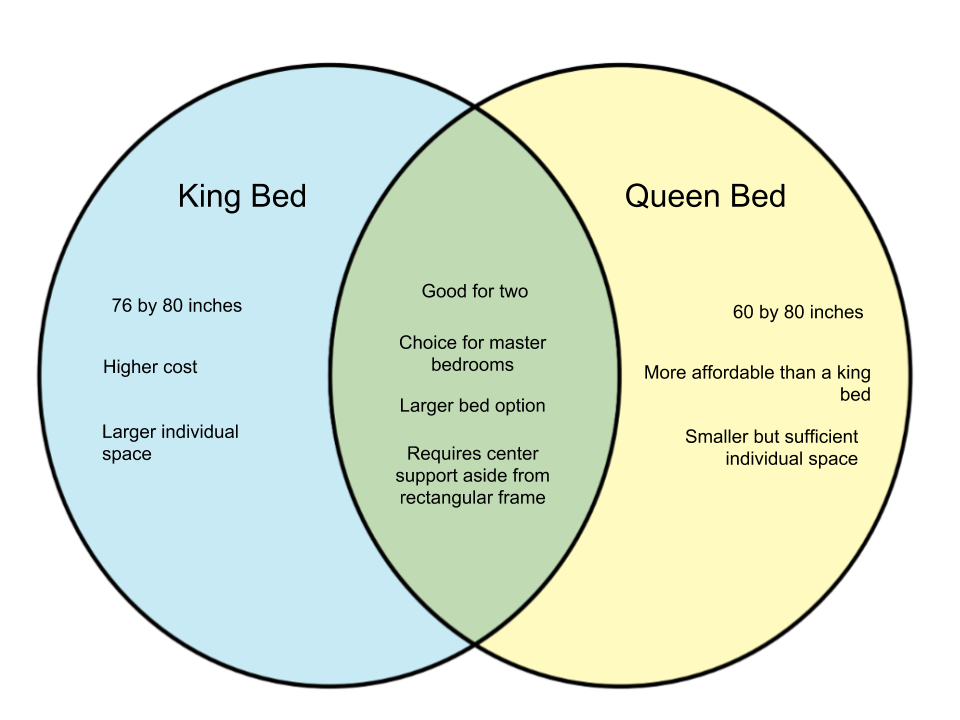 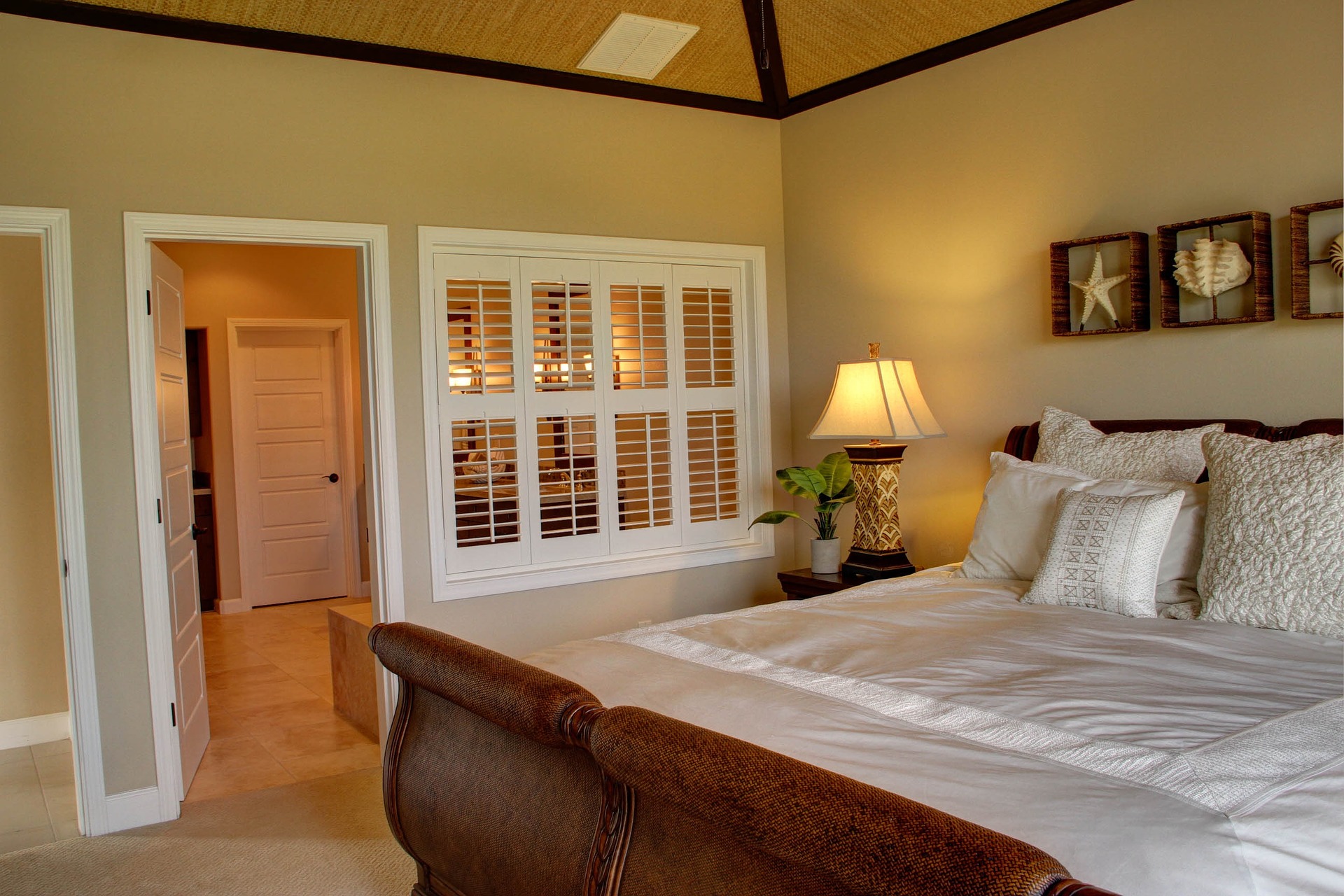 The king or king-sized bed is the larger option between the two and is 76 by 80 inches in size. Because of its size, it also comes with a central leg support aside from its rectangular structure. While there are different variables when it comes to pricing, the king bed generally costs more than a queen-sized one. It is also referred to as a Standard King Bed and is also known as an Eastern King in Europe. It can accommodate two people while allowing enough space for each person, which makes it a good choice for master bedrooms.

The queen bed is sized at 60 by 80 inches, accommodating two people with less space than a king bed. This size still allows enough space for each person, although it does not have much as a king bed. Because of its smaller size, it is typically more affordable than the king and is also more popular. It is another choice for a master bedroom. Like the king bed, its frame requires a central leg support.