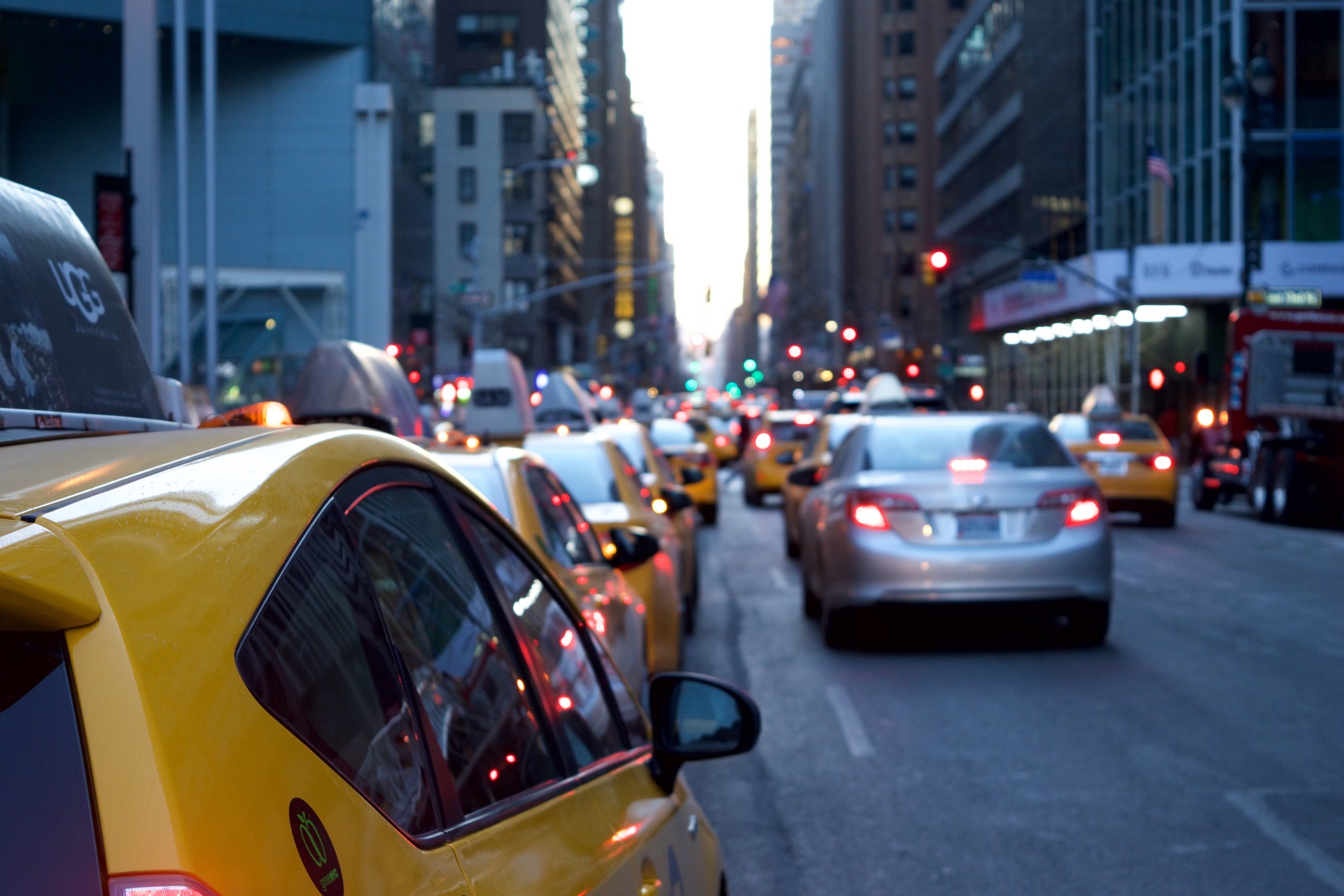 Last October 1, 2018, U.S. President Donald Trump announced the USCMA in the Rose Garden of the White House. The president considers this agreement as an improved version of the already existing NAFTA, but there are also people who beg to differ. How exactly is USMCA different from NAFTA? We attempt to shed some light into that question through this article.

NAFTA, or the North American Free Trade Agreement, is a trilateral agreement signed by Canada, Mexico and the United States. This agreement was made on January 1, 1994 and is superseded by the Canada-United States Free Trade Agreement that was established in 1988. NAFTA is the world’s largest free trade agreement with an aggregate gross domestic product of 20 trillion dollars between its three members. NAFTA also marks the first instance that two developed nations signed a trade agreement with an emerging market nation.

The beginning of NAFTA can be traced back to President Bill Clinton who brought the idea to the table on Congress. The framework was eventually developed afterwards. In 1980, the idea was touched again when Ronald Reagan incorporated the concept of a North American free trade zone in his campaign. In 1984, the Trade and Tariff Act was passed by U.S. Congress, which gave way to the president gaining quick authority on negotiating free trade agreements. In 1989, the Canada-U.S. Free Trade Agreement came into effect with the cooperation of Canadian Prime Minister Mulroney. On October 7, 1992, President George W. Bush signed NAFTA. Legislation for the agreement was developed as a part of Bush’s “Enterprise for the Americas” initiative.

The agreement is currently being in the works of being replaced by President Donald Trump’s proposed USMCA, or the United States-Mexico-Canada Agreement.

One of the main points of the agreement is the removal of trade barriers between the three signatories. The aim of this was to increase investment opportunities due to the elimination of tariffs on a majority of goods being traded between the three nations. These goods touch several major industries, including but not limited to agriculture, automobiles, and textiles. In addition to that, NAFTA paved the way for elimination of tariffs in areas like accounting, engineering, construction, advertising, commercial education and tourism.

In 2008, nontariff barriers were eliminated. Mexico’s border and interior was opened to U.S. truckers as well as streamlining requirements on licensing and border processing. NAFTA also led to the establishment of standards in health, safety and industrial sectors.

During the Clinton administration, it was predicted that the agreement would create 200,000 U.S. jobs within two years and a million within 5 due to the role of exportation in the country’s economic growth. It also expected a significant increase in U.S. imports from Mexico thanks to the reduced tariffs.

Additions to the Agreement

NAFTA is supplemented by the North American Agreement on Environmental Cooperation (NAAEC) and the North American Agreement on Labor Cooperation (NAALC), which prevent businesses from relocating to other countries and exploiting lower wages and looser health, safety and environmental regulations. Additionally, NAFTA features penalties for businesses that breach any of the three signatories’ laws or procedures.

One of the concerns regarding the agreement was that the development of NAFTA began in earlier periods and may not be able to keep up to the present economic situation. Additionally, environmental groups believed that the anti-pollution elements present in NAFTA were not sufficient to protect the environment.

The USCMA is also known as the United States-Mexico-Canada Agreement and was announced by present President Donald Trump on October 1, 2018. The deal was formed in order to serve as a model for trade agreements that balances between free-flow trade dependent business groups and labor groups that traditionally disagree to such agreements.

The agreement serves as a continuation of existing tariff-free environments of trade between the three signatories. The USCMA is believed to be a second version of its predecessor NAFTA, with large changes on cars and new policies revolving around protection of intellectual property, labor and environmental standards, and a few provisions on digital trade.

The USCMA was finally announced after over a year of discussions between the United States, Mexico, and Canada. It aims to move the process faster so that the agreement may be signed by the present Mexican president, with the purpose of reducing potential pressure on Mexican President elect Andres Manuel Lopez Obrador. The agreement requires Congressional adoption and is expected to be tackled in the first quarter of 2019.

While the agreement seeks to continue the existing environment around tariffs, Canadian negotiators are also moving to request the removal of tariffs on steel and aluminum. However, this was denied by the Administration. On the other hand, the United States agreed to exempt the current automobile and auto-part production capacity of Mexico and Canada from the new Section 232 action.

The USCMA also places restrictions on investor-state dispute settlement (ISDS) processes from NAFTA. A major restriction is the complete elimination of ISDS from Canada. There are also revisions on the ISDS process in Mexico, such as the government contracts provision that applies to specific sectors and subject them to a number of conditions.

Canada has made actions to remove its controversial Class 6 and Class 7 dairy pricing system. Furthermore, Canada is expressing cooperation in establishing provisions that allow US producers access to the dairy market in Canada as well as restrict excessive Canadian exports. This arrangement is considered a key concession in the United States. There has also been an agreement on the North American content requirement for automobiles receiving duty-free status. The requirement will be changed from 62.5% to 75% as well as require that core parts should come from North American countries.

More discussions about the USMCA is currently in the works. While the negotiation stage has already reached its closing phases, there will be likely more talks and discussions on the details in the near future.

Differences Between USMCA and NAFTA

The USMCA has led to many provisions that will create changes in the three involved countries. One example is higher pay for auto workers as 30% of vehicle production is required to be accomplished by workers earning an average wage of at least $16 an hour starting 2020.

The adjustment in the content requirement for automobiles will also lead to auto parts originating from member nations. It is expected that 70% of the steel and aluminum used in production will from from the three nations as well.

With the lesser restrictions placed in dairy, Canada is helping American farmers in exporting up to 3.5% of Canada’s dairy industry.

While negotiations are still underway and requests have been set regarding specific concerns, tariffs for steel and aluminum remain the same.

Another area that serves to benefit from USCMA is intellectual property – the new policies will enforce harsher punishments on issues like pirated movies and satellite/cable signal theft.

While the NAFTA possessed an indefinite time horizon, the USCMA policies indicate that it will have a sunset clause – namely, in 16 years. The initial decision posed by Washington indicates 5 years, but with the rebuff of the other two signatories, the USCMA sunset clause will be reviewed after 6 years to determine its final lifespan.

While there are many expected benefits from the deal, (higher wages, protection of intellectual property, more trade opportunities, etc.), there have also been expressed downsides on USCMA. NAFTA itself had its own share of environmental concerns, and so does USCMA.

Many environmentalists believed that NAFTA encouraged  the shifting of polluting operations to Mexico, even with the supplements on environmental regulation. Now, they believe that USCMA will do the same thing – it has been noted that the words “climate” or “warming” were not to be found in the environmental chapter of USCMA. Criticism is already being spread regarding the investor-state dispute settlement process. The new agreement may limit the rights of businesses to override environmental regulations, but it has been pointed out that U.S. oil and gas companies are being exempted from this limitation.

1 thought on “Difference Between NAFTA and USMCA”