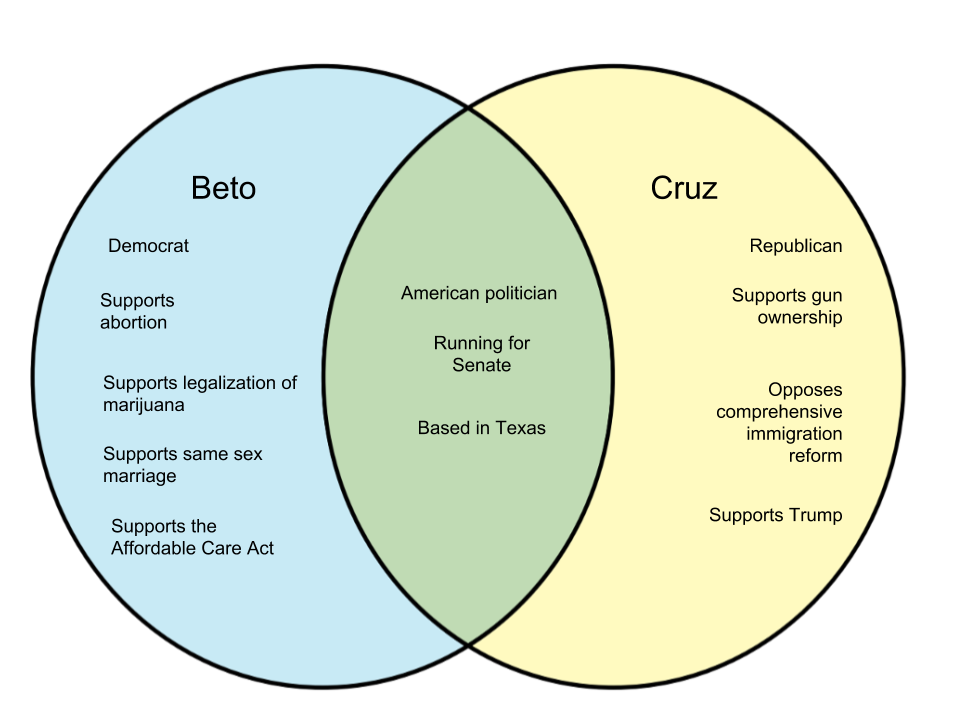 The election race between  El Paso congressman Beto O’Rourke and Senator Ted Cruz for a Senate seat in Texas had been closely monitored by voters and the media. Their debates have been followed by Democrats and Republicans alike, who were eager to see who will rise as the victor in the end. Who are these two men, and what are their various differences?

Robert Francis “Beto” O’Rourke is an El Paso congressman and a democrat. Before his career in politics, O’Rourke dabbled in music and business, having co-founded an internet services company. His political career began in 2005 when he ran for the city council in El Paso and served as one of the youngest representatives. He announced candidacy for the seat last March 31, 2017.

Rafael Edward “Ted” Cruz is a republican senator for the state of Texas. Cruz pursued an education and career in law and then proceeded to work in government positions.  Cruz is notable for being a candidate for Republican nomination in the 2016 elections for the position of president. Cruz ultimately won the election for one of the tightest midterm races in the country with a narrow margin – 50.9% to Beto’s 48.3%.

1 thought on “Difference Between Beto and Cruz”