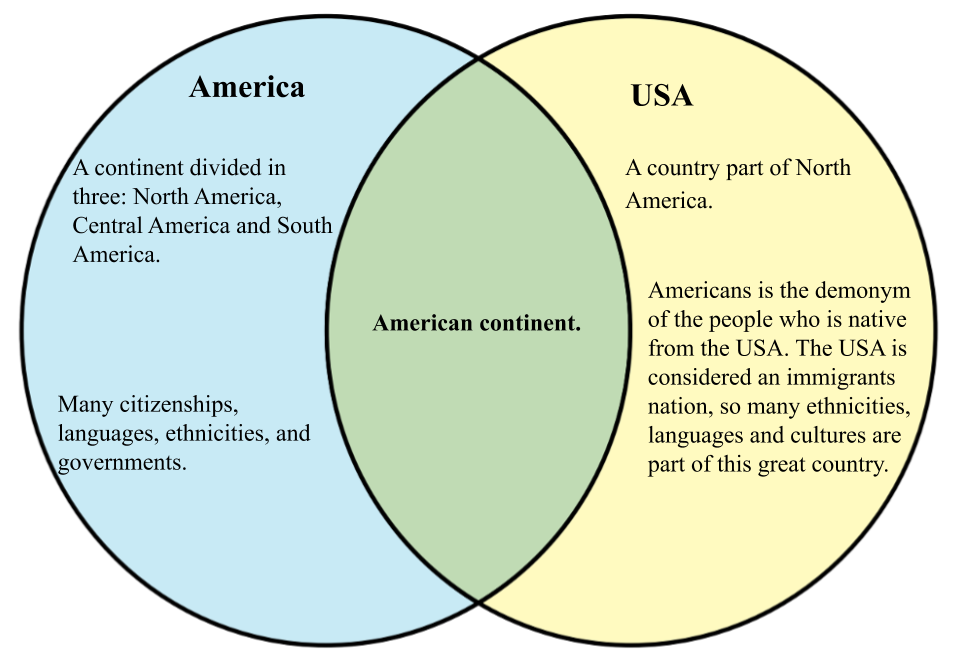 Have you ever wondered what is the difference between the terms USA and America (if any at all)? Many people assume these two are the same and many times people refer to the United States of America as America, as a whole. There is a very sharp difference between both of them. USA is the name of a country and America can be both how many people refer to that same country and the name of a whole continent.

Everyone knows the seven continents of the world; America is one of those continents. This includes most of the territory found on the western hemisphere. America is usually divided in three, North America, Central America (and the Caribbean) and South America. This continent was named after an explorer named Americo Vespucci. People who lives in the USA are not the only ones to be called Americans, as a matter of fact, everyone who is native from America, from Canada to Argentina, is an American. America has diverse geographical features including mountains and deserts, it has every kind of weather existing, with paradise-like beaches and cold-as-can-be mountains ranges. It is surrounded by the Pacific and the Atlantic Ocean. America is the second biggest continent, only behind Asia.

The United States of America is a country belonging to North America. Canada and Mexico are also located in North America, but they are two independent countries from the States. The USA has a total of fifty states, including Washington D.C. as its capital. Among these, forty-eight states are contiguous between Canada and Mexico. The other two are Hawaii and Alaska, which are located in the middle of the Pacific Ocean and the extreme north-west of the American continent respectively. The United States have diverse geography and wildlife, climate is also diverse and that impacts directly into its megadiversity.